Hooray!  From Peonage to Poverty and Back Again is being sent out for peer review. (An abstract describing the book is on the Other Publications space on this website). What this means is at least two people in the field of disabilities will be reading the manuscript and giving feedback. (I hate feedback).  But, if the overall feedback is positive, then it is very likely I will be offered a contract for its publication!  Hooray!  If not, then it is very likely that I will be spending my summer vacation contacting other publishers. 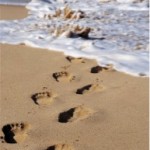 At the end of April, I am stepping down from my job as the executive director of the TN Association of Microboards and Cooperatives, Inc.,  an organization I founded in 2001.  The people I work with and for are awesome and inspiring.  So why did I decide it was time to move on?

Just in case you were wondering…

So that is the personal lowdown that didn’t make into the press release.  I’m leaving TAMC to work on these other projects that hand been languishing in the wings for a long, long time. But I’m not changing my phone number or email address or moving away just yet. So stay tuned for intermittent progress reports and a call for new readers of the beta versions of the novels!

Dan Fisher is one of the speakers in the 2014 Revolutionary Leaders line-up.  This is a link to an interview he gave about his lived experience:

was it a twin, queen or king
a Sealy or a futon or a waterbed
hard, firm or goose down soft

was it bare, made or rumpled
silk, satin or cotton
solid, plaid or print

I just added an essay I wrote in 2004 about what it is like to be a mental health consumer.  You can check it out on the Other Publications page.